Realtors too Busy to Meet? Here are 3 Awesome Alternative Ways to Stay in Front of Them!

By Coach Victoria | Uncategorized | No Comments 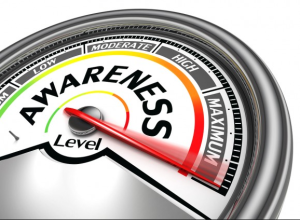 If you didn’t manage to schedule all of your face to face meetings with your Realtors during the Fall and Winter season and you’re trying to cram them all in now, you may be experiencing some frustrations due to the simple fact that NOW, more listings are cropping up and most of your Realtors are too busy to meet.

If you think the solution is to up your email drip campaign frequencies to remain, “top of mind” I can assure you, you’re in for more frustration as the open-rate is likely going to plummet, which should not be taken as a sign that your Realtors have strayed, BUT the non-responsiveness can deflate your ego and confidence and who really needs that?

So, my advice is not to fall prey to this knee-jerk reaction and begin blowing-up your Realtors’ email inboxes, but instead get creative about how you’re going to remain a strong presence rather than a nuisance throughout your Realtors’ busy season.

Here are three fabulous ways to get your Realtors’ attention WITHOUT the possibility of an opt-out!

What My Clients Have Taught Me About Becoming Successful 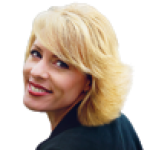 Today, I am grateful, humbled and more excited than ever as I celebrate my 10 year anniversary as the mortgage industry’s #1 Business Coach!

Of course, nobody succeeds alone and I have to thank all of my faithful, dedicated and goal-focused clients, both past and present who put their careers in my hands to help them visualize, plan and execute business growth initiatives that have taken them to the next level.

Being witness to the enormous changes my clients experience on the road to becoming the best versions of themselves in their business and personal lives continues to drive me every day to sharpen my own coaching methods and skills, stay abreast of marketing and sales trends, new technologies and track what Loan Officers are implementing in their businesses that is gaining a return on investment and what is not!

As a Coach you learn some extremely important skills, such as: the art of listening, knowing when to push and how to push, applying accountability tools and tactics that elicit positive action, asking questions that help your clients uncover their own solutions, how to create wins, leverage opportunities and how to encourage people to move past fear, anxiety and perfectionism.

Ten years of coaching mortgage professionals as a full-time career has gifted me with the unwavering faith that success and happiness and fulfillment are always achievable no matter where you start from!

THANK YOU for these ten years and the many more to come.

An Exercise in Striking Out Fear

What if you were told by an ancient oracle that you would become the wealthiest, healthiest and happiest person in the world, but you first had to fail at least 10,000 times before achieving these states?

Would you allow failure into your life, then? Might you be eager to attempt all that you fear the most in order to live the life that you envision?

What if I told you that ancient oracle actually lives within you, not outside of you, and that the mantras you repeat in your mind every day wield enough power to make whatever it is that you are focusing on an absolute reality?

The following are words from incredibly inspiring people who realized that failure is not to be feared but simply accepted as a stepping stone to greatness:

“Before success comes in any man’s life, he is sure to meet with much 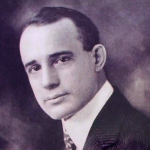 temporary defeat and, perhaps, some failure. When defeat overtakes a

man, the easiest and most logical thing to do is quit. And that is exactly

what the majority of men and women do.” – Napoleon Hill 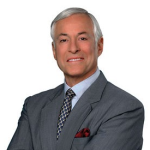 “Everyone faces difficulties every step of the way. The difference

utilize adversity and struggles for growth, while low achievers allow

difficulties and adversity to overwhelm them and leave them discouraged

“Only those who dare to fail greatly can ever achieve greatly.” 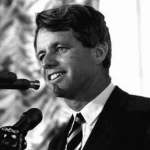 What do you feel that you have failed at in your life up to this point? Looking back on the situation now, can you discover at least one success that was born from what seemed like a loss at the time?

What characteristics did you display? What did you learn and how did you grow from this experience?

Take about 15 minutes to really think about this. Meditate on how you felt at the time in the face of what you believed was a failure and then move your thoughts to how you feel right now. Can you see that this was simply a stepping stone in your life?

Once you feel that you have released every fear from your mind, go back and strike out the fear and write one small step that you could be excited about taking that would bring you closer to moving beyond the fear. For example:

I am fearful of speaking in front of a large audience. I am excited to take my presentation home and invite two friends over to be my audience.

Commit each month to achieving these small steps and then journaling to discover what each stepping stone on your path looks like for the next month and the next. Before you know it, this accumulation of small victories will bring you to your ultimate goal.